Hosted by the A-CAPP Center and USA-IT

Impact of Illicit Trade of Counterfeits on SMEs

Join the A-CAPP Center and USA-IT as we learn from this dynamic panel about issues involving illicit trade of counterfeit goods and the impact on small and medium size enterprises. We will also explore best practices of what SMEs can do to protect their brand.

All participants will receive a certificate of completion for this A-CAPP Executive Education Seminar. 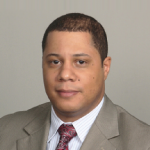 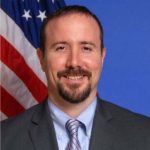 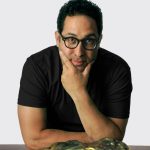 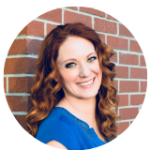 Jay is the assistant director of research and an assistant professor jointly appointed to the School of Criminal Justice and the Center for Anti-Counterfeiting and Product Protection. In this role he is actively involved in research, education, and outreach efforts that focus on external partners including corporations, industry associations, and law enforcement agencies. His current research explores managerial and organizational responses to employee theft within small and medium enterprises, the incarceration and post-incarceration experiences of white-collar offenders, the sale of counterfeit goods on the Internet, and the structure of occupational pharmaceutical counterfeiting schemes. Jay’s work is interdisciplinary in nature, and his published research has appeared in a number of outlets, including American Behavioral Scientist, Criminal Justice Review, Journal of Crime and Justice, Journal of Financial Crime, Security Journal, and Victims and Offenders.

Ricardo Mayoral is currently the Global Trade Division’s Deputy Assistant Director for Homeland Security Investigations (HSI), the principal investigative component of the Department of Homeland Security. HSI investigates, disrupts, and dismantles transnational criminal organizations and terrorist networks that threaten or seek to exploit the customs and immigration laws of the United States.

In his current position with HSI, Mr. Mayoral is multi-hatted and serves in the following capacities:

As the Deputy Director of the National Intellectual Property Rights Coordination Center, he shares in the responsibility for directing the federal government’s response to combat global intellectual property theft, intellectual properties rights violations, and public health and safety concerns. As the Director of the Federal Export Enforcement Coordination Center (E2C2), he oversees a joint taskforce, which consists of 22 federal law enforcement and intelligence agencies. This team is responsible for coordinating, de-conflicting, and enhancing export enforcement actions to effectively detect, prevent, disrupt, investigate, and prosecute violations of the U.S. export control laws.

Mr. Mayoral has held various leadership positions within HSI. He was recently the Special Agent in Charge for HSI San Juan, Puerto Rico, which includes seven offices in Puerto Rico and the U.S. Virgin Islands, five international airports and three major seaports. He also served as the Deputy Special Agent in Charge for HSI San Juan, where he supervised employees across the San Juan area of responsibility. In 2012, Mr. Mayoral held the position of Unit Chief for the Undercover Operations Unit, where he was responsible for evaluating the overall progress of 45

certified undercover operations and validating the effective use of undercover appropriated funds and proceeds totaling approximately $20 million. In 2010, he assumed the role of an Assistant Special Agent in Charge responsible for the day-to-day operations and management of five HSI San Juan investigative groups. In 2007, Mr. Mayoral was promoted to Group Supervisor, and in that role led his group to receive the HSI San Juan Outstanding Accomplishment Award.

In 2004, Mr. Mayoral joined Immigration & Customs Enforcement (ICE) as a Special Agent assigned to San Juan. As the lead agent for OCDETF Operation Watusi, Mr. Mayoral briefed White House Drug czar John P. Walters on this investigation, resulting in the approval of the required funding to stand up the Caribbean Corridor Initiative. Prior to his employment with ICE, Mr. Mayoral led numerous Title III investigations targeting Italian Organized Crime involvement in labor racketeering as a Special Agent with the Department of Labor, Office of the Inspector General. Mr. Mayoral began his government career began in 1995 as a Civil Investigator for the U.S. Department of Labor (DOL) in New York City.

Mr. Mayoral holds a bachelor’s degree from the University of Puerto Rico, Rio Piedras campus, with a major in Labor Relations. He is a member of the Senior Executive Service.

Aaron Muderick is the inventor of Thinking Putty and Executive Chairman of Crazy Aaron’s, a toy manufacturer based in Philadelphia, PA. The firm sells Thinking Putty, a toy and stress reliever, in over fifty countries around the world. With magnetic, UV light-reactive, heat-sensitive, crystal-clear, glow-in-the-dark, and color-shifting varieties, Aaron has brought bouncing putty into the 21st century.

He has been featured in The Philadelphia Inquirer, Philadelphia Magazine, The Today Show, CBS Sunday Morning, The Chicago Tribute and various other media outlets. In addition to leading Crazy Aaron’s, Aaron was elected to the Toy Association Board in 2019 and currently serves as vice-chair of the organization. He was also elected President of his local borough council in 2016 after serving as Vice President for six years. Aaron has developed skills in bringing government and business together while recognizing competing priorities and timelines.

As a volunteer firefighter, Aaron has served on the board of his town’s local fire company and as Pyrotechnics Crew Chief for the annual fireworks show (recently ranked 2nd best show on the East Coast). Aaron is also the Treasurer of GEEO, a nonprofit organization that enables teachers to travel abroad and share their experiences with their students upon returning to the classroom. The organization’s goal is to promote a more outward-looking world view in American students. Last season over 500 teachers traveled the world with GEEO during their summer break.

Aaron’s hobbies include photography, restoring old cameras, collecting playing cards and photographs he finds in the street, caving, hiking, astronomy, garage sales, and dreaming of a trip to Mars. He currently resides just outside Philadelphia with his teenage children.

Aaron never sleeps. Instead, at night, he studies Wikipedia and toy safety regulations.

Nancy Merritt has been in the online brand protection and anti-counterfeiting industry for over 11 years, partnering with service providers, online platforms, law enforcement agencies, and a wide range of industry leading companies.

In her current role as Senior Manager, Brand Protection at Wish.com, Nancy is responsible for overseeing a team of Brand Protection leaders who are passionate about maintaining Wish’s strict policy against Intellectual Property violations. In addition, her efforts are focused on building brand protection strategies, developing operational efficiencies, and working closely with stakeholders to further enhance existing policies and scale Wish’s Brand Protection initiatives.

Previously, Nancy was the Senior Manager of Global Relationships for MarkMonitor and Opsec Online LLC where she was responsible for managing a global team whose primary focus was proactive outreach, cross-functional collaboration, and process improvement within the brand protection ecosystem. Nancy holds a Bachelor of Science degree in Psychology and a Masters in Counseling.