Ex FBI Case Agent Josh Mayers relays the story of a notorious trade secret theft case. The case took 7 years from discovery to conviction and spanned 3 continents. This theft was carried out by an insider, an employee acquired through a corporate acquisition, who was lured into stealing valuable software. The theft caused the company who owned those rights legitimately to lose billions of dollars and hundreds of jobs. This was the first time a Chinese corporation was convicted of a crime in the U.S. Courts. A word of caution should you be afraid of heights…if not, come climb a 280 foot wind turbine to investigate this IP crime.

Josh Mayers retired from the Federal Bureau of Investigation (FBI) in February 2018, and he has 34 years of law enforcement experience.  He spent seven years working as a police officer/investigator in New York City and 27 years with the FBI as a Special Agent.  In 1985, Josh earned his B.S. in Criminal Justice from John Jay College of Criminal Justice in New York City; his J.D. in 1991 from Kent College of Law in Chicago, and an M.S. in Criminal Justice, with a concentration in Cybercrime and Cybersecurity from Boston University in January 2020.  Josh is a graduate of the 263rd Session of the FBI National Academy.

With the FBI, Josh worked most investigative programs, to include violent crime, drugs, gangs, bank robberies, public corruption and fraud cases.  He worked counterterrorism matters for over ten years, with numerous deployments to the Middle East and Africa.  He was an FBI Firearms Instructor, Hostage Negotiator, spent sixteen years on SWAT, he taught interviewing and interrogation, as well as undercover operations to local, state and international law enforcement officers.

Josh was the FBI case agent for the seven year long Sinovel Wind Group investigation and prosecution, which involved the theft of proprietary software by Sinovel, an 18% Chinese State Owned Enterprise, and at one time the third largest wind turbine manufacturer in the world.  In 2013, Sinovel was indicted in the Western District of Wisconsin, the corporation along with three individuals were charged with conspiracy and theft of trade secrets for stealing the intellectual Property of AMSC, a U.S. company headquartered in Devens, MA., with offices in Wisconsin, Beijing, and Austria.  Sinovel first attempted to hack AMSC’s software in 2010, and in response AMSC installed protective measures to include encryption and a timing limitation to protect its wind turbine control system software.  In 2011, Sinovel recruited a disgruntled AMSC engineer and manager in the AMSC Austria office, and offered him a $1.7 million contract.  This insider, stole AMSC’s software, removed the protective measures in place and transmitted it to Sinovel R&D managers in Beijing.  The economic harm to AMSC that resulted from this theft is estimated at approximately $1.2 billion and approximately 600 jobs.  Sinovel was the first Chinese corporation to be tried criminally in U.S. Federal Court, and after an eleven day jury trial in U.S. District Court, Western District of Wisconsin, and Sinovel was convicted on all counts.  Their conviction resulted in Sinovel paying in excess of $56 million to AMSC and other collateral victims, and over $1 million dollars in fines to the U.S. Government.

Josh is an Assistant Adjunct Professor, in the Center for Law, Society & Justice, Criminal Justice Certificate program at the University of Wisconsin-Madison; he also works as a private investigator and security consultant in Wisconsin. 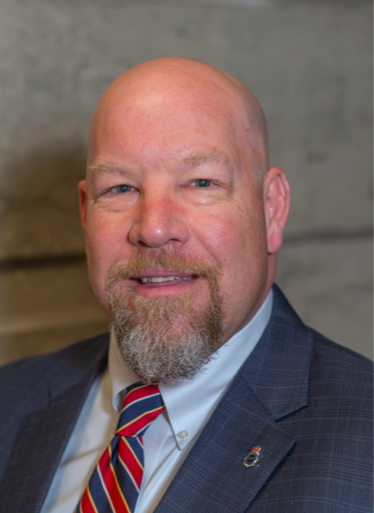